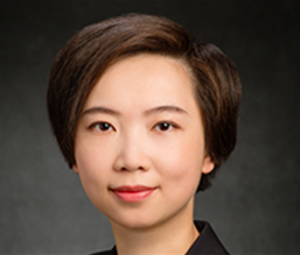 Assistant Professor Yuting Chen has had a significant influence on aspiring engineers ranging from children to young adults. She had a part in restructuring the ECE 220 curriculum, and she does as much as she can to make her lectures interactive and engaging for the students. She is currently working with the department to make lectures smaller and more flexible so that students have the opportunity to get to know the instructor, choose another instructor if need be, and develop a deeper understanding of the material. Chen has also worked on having a women’s mentoring group in 220 each semester for those who need help in order to promote the success of women engineers.

As a middleschooler in China, Chen was subject to the stereotype that boys excelled in math more than girls did. This caused her parents to worry, as they never attended college. However, even though Chen was not at the top of her class, her parents encouraged her nonetheless. Chen was determined to prove what she was capable of. She said, “That prompted me to be very stubborn and a rebel in the sense that I’m going to do better than the other boys in my class. That kind of became my mission.” She recalled one of her friends being interested in mechanical engineering, and because of her fascination with radios back in elementary and middle school she thought engineering might be a good fit and applied to Illinois.

Chen earned her bachelors in Electrical Engineering from Illinois in 2007 and then got her masters and PhD in the field from Rensselaer Polytechnic Institute. She worked at IBM for several years after receiving her PhD, during which time she discovered a passion for mentorship and teaching. She had the opportunity to coach a middle school team that was working with Lego Mindstorm, a robotics kit series developed by Lego. Through coaching, she saw how engaged the students were in learning how to program the robots they built. Chen realized that she never had anything like that in school when she was a child. Her new love for encouraging people to learn, as well as an open teaching position at Illinois, inspired her to return to her alma mater as a faculty member.

As for advice for aspiring women engineers who maybe aren’t sold on engineering, Chen believes that the engineering field is very rewarding because you get to make something. “I think that really drives me because as an engineer, you get you see the product that you created being used”, she said. However, things aren’t always easy. It takes time to develop skills and there is certainly a learning curve, so it is important not to get discouraged. “When I was an undergrad, I was always struggling because I thought I would get it very quickly, but no,” Chen said. “It takes time to develop intuition. It takes time to build skills . . . believe in yourself. As long as you think you can do it, you will get there.”

Adapted from an essay by Elaine Houha and Chelsea Langston, December 2018