As a student, Bakies was very involved in the Illinois engineering community. She was named a Knight of St. Patrick and a Campus Honors Program Scholar, and she served on Engineering Initiatives. She was also involved with AlChE, SWE, and Tau Beta Pi, and founded the student-run organization CUBE Consulting. Students in CUBE work together on meaningful projects that support local businesses. As if that wasn’t enough, she was also the project manager for the Illinois Biodiesel Initiative (IBI), a student-run organization committed to reducing emissions and promoting sustainability on campus through the production of biodiesel from waste vegetable oil found in dining halls. 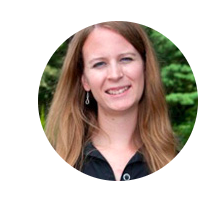 Bakies now works as a refinery economist for Shell Corporation. Based in New Orleans, she analyzes how the company’s operations adapt to fluctuating markets to determine whether production expectation was met and to find areas of operation that could become more efficient. She uses her data to support business items that will improve the company’s performance by making use of margin opportunities.

Outside of her studies, Bakies’s biggest takeaway from college was the ability to think on her feet. “You are not defined by your major or what you know,” she said. “You’re defined by how you approach problems, your curiosity, and your tenacity.”

For more about Morgan Bakies, check out the blog she wrote during her senior year at Illinois!