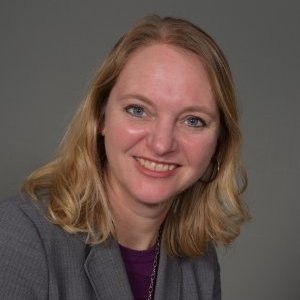 Lisa Snyder graduated from Illinois with a B.S. in electrical engineering in 1993 and then received her MBA from Northwestern Kellogg School of Management in 2001. As the current Senior Director of IT Pharmacy Operations at Walgreens, she stays true to her roots at the University of Illinois with the belief that it is “time to take what [she] has learned over 25 years and give that to other young people.” Snyder’s current involvement in ChickTech helps engage women in technology and create a better culture in the tech industry.

When Snyder first arrived at Illinois in 1989, she could sense her peers’ “reluctance” to be her lab partner; however, once she found a group of peers to tackle rigorous engineering coursework with, Snyder dove into “understanding the breadth underneath each discipline and trying to find where [she] fit.” Between studying for electrical engineering courses and practicing for the women’s soccer team, she stayed busy. Snyder reveals she learned she enjoyed leading teams during her undergraduate career. She ultimately “knew [she] wanted to end up in leadership.”

After graduation, Snyder began working as a manager at Accenture. She worked 13-14 hour days and was no longer exercising. She recalls her manager confronting her about the 7 days of work she did from home over the course of one year; meanwhile, her male peers were able to work at home more frequently than she did. Reflecting on these times, Snyder views the challenges she faced as a “great learning experience.” She admits that she didn’t know how to properly advocate for herself. She also did not know how to push toward the role she ultimately desired. Her inability “to tell her own story” in this role allowed her to embrace the necessity to “self-advocate” as she continued in her career.

Snyder earned her MBA, with a focus in Marketing, while still working full time. As she continued her career with an MBA, she navigated management and rose to eventual director roles. The higher she went up, the more changes she saw in skill set expectations. She learned that directors need to have a vision, lead indirect reports efficiently, and use the freedom given effectively. “As you go up, skill sets change. Interpersonal teamwork skills are now extremely valuable,” she said.

Snyder takes great pride not only in her career, but also in her family. When she started her family, she continued to work in the management roles she had earned but did not further progress her career during the early years of her children’s lives. After her children reached the age of five, Snyder found a good balance between helping them with their homework while also launching products at work. She sees balance as different for every family depending on spouse’s responsibilities. Her husband similarly holds a demanding role at work, which resulted in her transition from a travel-intensive job to a similar, yet more local, role. Snyder believes that “as the needs of your family changes, you adjust.”

Adapted from an essay by Kelly Dunleavy, Claire Lundtveit, and Caroyln Nye, December 2018