Lili Deligianni is a self-described innovator. The title is well earned, as she pioneered electrochemical technology that has allowed computer chips to run much faster. 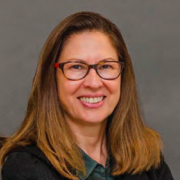 Deligianni graduated from chemical engineering at Illinois and went on to lead a prominent, influential career in electrochemistry at IBM’s T.J. Watson Research Center. Over the course of her career, she moved from semiconductors to solar cells and then biomaterials. While working in semiconductors, she developed technology that allowed for aluminum in computer chip wiring to be replaced with electrodeposited copper. The low resistance in the copper caused increased performance in the chips.

She retired after a thirty-year career and recently received the 2018 Vittorio de Nora award, the highest honor given by the Electrochemical Society. The award is given in recognition of distinguished contributions to the field of electrochemical engineering and technology. Deligianni is the first woman to receive the award.

Listen to her Electrochemical Society podcast and read a short interview here.