Before going into engineering at Illinois, Jackie DiMonte was considering studying art. Instead, she has found success in the engineering world. 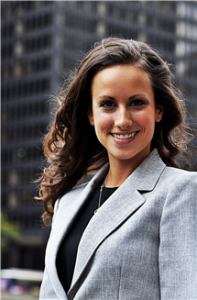 DiMonte graduated from General Engineering in 2012 and hasn’t slowed down since. She went on to work for Silver Spring Networks, an Internet of Things (IoT) company, as well as earn her MBA. She now works in technology with a position at the investment company Hyde Park Venture Partners.

“I like to live on the extremes of emerging tech, everything that’s new and cutting edge, and then the very boring, old school, turning paper processes into electronic workflow,” DiMonte said in an interview with The Chicago Tribune.

She enjoys the creativity her position requires for problem solving, and paints water colors in her free time.

Watch a video about her story here.