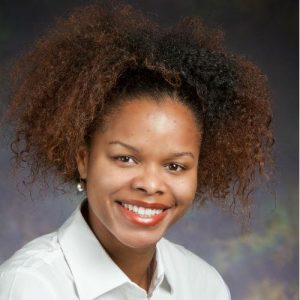 Upon graduating from Illinois’ ECE department in 2015, Yemaya Bordain became the first African-American female to graduate with a PhD. in electrical engineering.

To complete her PhD. Bordain worked in nanotechnology, focusing on atomic force microscopy.  Outside of her studies she co-founded the Graduate Engineers Diversifying Illinois student organization and worked in the summers as the graduate coordinator for the Girls Learning Electrical Engineering camp.

After graduating, Bordain became an Internet of Things (IoT) engineer for Intel.

“I hope to help young women, under-represented minorities, and members of financially-disadvantaged communities engage in engineering,” Bordain said in an interview with ECE Illinois.  “I have developed many of the necessary tools to accomplish my goals while in graduate school at Illinois.”

Vignette written by: Taylor Tucker, May 2017