Skip to content
’88 Electrical Engineering alumna Sundari Mitra is always on the lookout for opportunity. 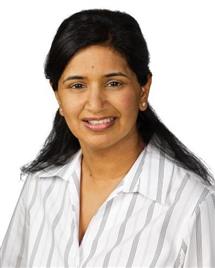 After leaving her executive position at Sun Microsystems, she founded a series of startups- one of which was bought by the memory intellectual property company MoSys. She most recently founded NetSpeed Systems and then became its CEO.
NetSpeed provides Network-on-Chip IPs to System-on-Chip designers. When NetSpeed was first taking off in 2014, Mitra held countless remote meetings with companies in Asian and European countries in order to sell the company’s products.
“I truly love what I’m doing and am very passionate about it, and it is that passion and love that keeps me going every day,” Mitra said.
Read more about Mitra here.
Read more about NetSpeed here.
Mitra article & photograph: Ashish Valentine
NetSpeed article: Rick Merritt
Vignette written by: Taylor Tucker, July 2017