Distinguished alumna Sandra Rankin retired from IBM as its vice president after working for 33 years in information technology. She received her Bachelor’s in computer science from Illinois in 1974. 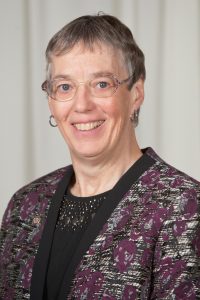 Rankin’s long career at IBM included programming and software design as well as worldwide customer support and team management. She transitioned from engineer to company leader and became vice president in 2006, leading a team of 3,000 people with a budget of $250 million.