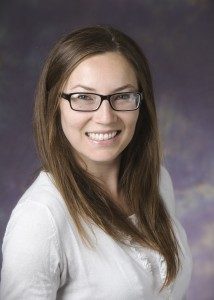 As an undergraduate student in Engineering Mechanics, Samantha Knoll co-founded the start-up AVriculture.

AVriculture’s product, called the Cropter, is an autonomous flying vehicle that can provide farmers with video footage of their crops.  The goal is to allow farmers to see the scope of their fields more efficiently and effectively.

Now a MechSE alum, Knoll was one of the founding members of the Society of Women Engineers’ graduate chapter GradSWE, which was created in 2012.  She served as its president during the 2013-2014 school year.

While pursuing her PhD. Knoll did research in cellular biomechanics, focusing on understanding the effects excitation light on cell force dynamics.  After graduation she entered into industry.

“I aspire to grow as a leader in a role where I can contribute to product development and innovation as well as business strategy development,” Knoll said of her career goals in an interview with GradSWE.

Vignette written by: Taylor Tucker, May 2017