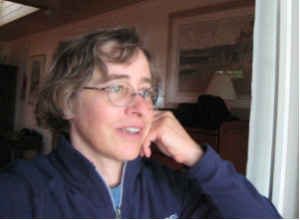 Margaret Fleck is a distinguished and well-respected research associate professor in the Department of Computer Science at Illinois. She received her B.A in Linguistics from Yale University, and M.S and PhD in Electrical Engineering and Computer Science from MIT. When getting her PhD, Fleck started her thesis in computer linguistics but eventually switched and completed her thesis in computer vision.

Fleck was introduced to computing at an early age. Her father was a professor at Smith College, which had recently gotten a computer, and Fleck had the opportunity to play around with this computer. Although she didn’t pursue a bachelor’s in computer science, Fleck held onto an interest in computing throughout her undergrad. Professor Fleck has been to blend her love for linguistics with her passion for computing through her research. Her research areas include computational linguistics as well as computer vision.

Throughout her career, Fleck has been passionate about teaching. She loves engaging with her students and is always willing to help her students when they are struggling. To students struggling and questioning if they belong in computer science, Fleck says, “Don’t lose the big scale perspective. Just getting out of this degree is a huge accomplishment. Find out what you think is fun in CS.” Fleck is also an advocate for diversity in engineering and computer science.

Learn more about Fleck by perusing her home page here.

Adapted from an essay by Shachi Solanki and Ana Zakariadze, December 2018