Long before Jennifer Lewis became the Hansjor Wyss Professor of Biologically Inspired Engineering at Harvard, she was studying ceramics engineering at Illinois. After graduating in 1986, she went on to get her Ph.D. at MIT. 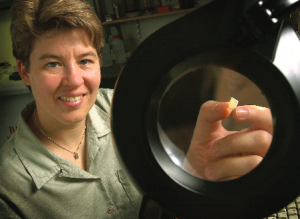 Her next step was to return to Illinois and start her own research program for ceramics processing. Her research has won her many awards such as the Material Research Society Medal, an honor for which she was the first female recipient.

Lewis looks forward to the future with enthusiasm, saying, “I have so much more to learn and do!”