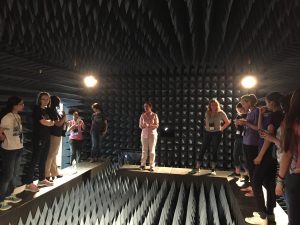 Technology and electronics are all around us!  At this camp, young women will have the opportunity to explore current devices through the eyes of an innovator-engineer by designing and building their own cell phone and light emitting calculator. Campers will also explore how electrical engineering is used to address socially relevant issues.

The creator and faculty coordinator for GLEE camp is Dr. Lynford Goddard. Dr. Goddard obtained his PhD at Stanford in 2005, and is currently a Professor in the Electrical and Computer Engineering department at the University of Illinois.  His research interests are in microelectronics and photonics, and he has most notably been recognized for his outstanding research achievements by getting the Presidential 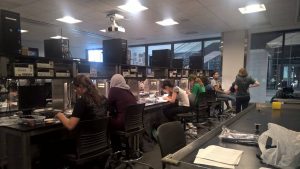 Early Career Award for Scientists and Engineers (PECASE) in 2010.  The PECASE Award is the highest honor bestowed by the U.S. government on outstanding scientists and engineers beginning their independent careers.  At GAMES Camp, Dr. Goddard is assisted by Aditi Udupa and Lonna Edwards, graduate students in the ECE department.

Read an article about the very first GLEE camp!

Read what I-STEM had to say about this camp!